Tested already in the independent Atlantic League and the MLB-run Arizona Fall League, the automated strike zone is slated to arrive in Minor League Baseball in some capacity in 2020.

Commissioner Rob Manfred told MLB Network last week that the technology used for the automated strike zone was due for a large upgrade this winter, and that it would make its way into standard minor-league play next year.

“Here’s our thinking on the automated strike zone: The technology exists. We have the technology,” Manfred said on MLB Now with Brian Kenny. “We’re actually going through a big upgrade of that piece of our technology during this offseason. I think we need to be ready to use an automated strike zone when the time is right. That’s why we experimented in the Atlantic League. It’s why we went to the Arizona Fall League. It’s why we’re using it in Minor League Baseball next year, in some ballparks at least.

Naturally, there was some skepticism about the Atlantic League implementation during the 2019 season.

“We thought the Atlantic League was a really positive experience,” Manfred said. “Positive in the sense that it worked well a very, very large percentage of the time. When it didn’t work, they were identifiable problems with the system, things that we can work on. I think a major kind of breakthrough with the Atlantic League deployment was the idea that you put an earpiece in the umpires and you don’t change the appearance of the game from the fan’s perspective. He’s getting the call in that earpiece, but it looks the same from the fan perspective. I think that’s important. And it does give you that human backup.

“You know, technology — no matter how good it is, every once in a while, right, you’re going to have a problem. We’re positive on the experiment and we’re going to keep working on it.”

It is indeed getting closer to becoming a reality.

MLB will keep tinkering with the technology and the parameters of the strike zone. The technology isn't ready for implementation at the big league level, but ABS is going to happen in a few years. They need to perfect the technology to the point that players and pitchers find it superior to human umps, and some players were complaining in the AFL. I'm thinking the Player's Union will agree to it eventually, but not in the upcoming CBA discussions (financial issues and more important stuff to figure out). Probably not till the next next CBA so I'm thinking 2027 is the first year where roboumps finally happen.

Then we won't have to talk about stupid pitch framing metrics and setup issues with catchers and dumb stuff like that. No expansion of the strike zone on 3-0 counts and contraction of the strike zone on 0-2 counts. Even the game itself should move at a faster pace with an automated strike zone.
0 x
"It was met with, basically, he didn't want to talk about that. He didn't want me to tell him that. I just basically said, 'Well that's why we want an electronic strike zone.'" -- Ben Zobrist
Top

Helluva talent, hands down his four seam is my single favorite pitch in baseball right now and Theo needs to get one of those
0 x
Spoiler: show

I saw this the other day. It's super weird.

I forgot about slim Miguel Cabrera lol.
2 x
"It was met with, basically, he didn't want to talk about that. He didn't want me to tell him that. I just basically said, 'Well that's why we want an electronic strike zone.'" -- Ben Zobrist
Top

Feel bad the kid lost the ability to play HS sports and the residual affects on his life, but him, his dad and their lawyers should be sent to Gitmo for this nonsense lawsuit. Bunch of horsefeathers.
Last edited by Cubswin11 on Wed Nov 13, 2019 2:58 am, edited 1 time in total.
3 x
Screw Pitchers
Top

Baseball was the least of his worries. Even after three surgeries, the ankle was not improving — one doctor even presented amputation as a possible outcome. A specialist from the Hospital for Special Surgery in Manhattan, Robert Rozbruch, found post-traumatic arthritis and signs of necrosis — evidence the bone was dying.

Mesar needed two more surgeries, including one to inject stem cells into the ankle tissue, and he was fit with an external fixator, a stabilizing frame to keep the bones properly positioned. The injury improved, but Rozbruch told the once-active teenager to avoid high-impact activities. Even jogging.

Italicized: That's really depressing, guy was 15 when this happened

I had to check... Gutierrez, Harris and Ward were never actually Cubs teammates. I could have sworn otherwise.
1 x
Top

No cubs rexeived any MVP votes but Kevin Pillar got one (!!!?!!!). When was the last year no Cub received a vote for any award because that's what happened this year. 2013?
0 x
formerly known as PriorPower
formerly known as the guy with Huston Street in his sig

Post Count Padder wrote:No cubs rexeived any MVP votes but Kevin Pillar got one (!!!?!!!). When was the last year no Cub received a vote for any award because that's what happened this year. 2013?

Number of defensive shifts against left-handed batters (on balls in play) across the entire season:


4 x
"It was met with, basically, he didn't want to talk about that. He didn't want me to tell him that. I just basically said, 'Well that's why we want an electronic strike zone.'" -- Ben Zobrist
Top

Some of those replies....

Really good article on taking a more proactive and scientific approach to player rest in the Athletic:

To move past the idea of pitch counts and innings pitched, teams have used things like the Motus sleeve to directly measure stress on the elbow during training and game conditions. Along with Sonne, Motus has shown how an understanding of that relationship can lead to better best practices — sometimes as simple as breathing, as this passage from Motus’ site on Fatigue Units (FU) shows.

A professional pitcher competing in the Arizona Fall League and active Motus/WASP client (who asked for anonymity), self-modified his approach to warmups and lowered his peak pregame FU’s by almost 35%. “I tried to take a breath and count to five between each warmup throw and it really slowed me down. I took my time and I wasn’t exhausted at all. It felt really efficient,” he said.

But of course, you can take this further. Once you’ve put your own pitchers into Motus sleeves for an extended period of time — say, spring training — and understand their personal relationship between stress, training, game play, and fatigue, then you have a model for that player. And then you can sit them without seeing any observed signs of fatigue. In other words, load management.

Though baseball’s version has been focused on pitching, this sort of model relating training and game day and fatigue is absolutely coming to the position player side of things. Sources confirm that teams are revamping their performance and medical groups and beginning to empower them to model and then implement these sorts of rest days, and that’ll mean more healthy scratches from your favorite hitters. That might not go over amazingly with everyone.

Guessing that, in addition to their obvious failures the last 2-3 years, this is why the medical staff was just turned over.
0 x
Top

Moving the Rays to Orlando might not be a terrible idea, adding a third team to Florida seems like it would be though. Yes, let's add a third team to a state that has continually shown year after year for over two decades that they don't give a horsefeathers about baseball.
0 x 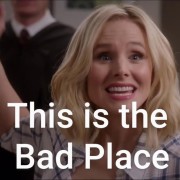 The Logan wrote:Yes, let's add a third team to a state that has continually shown year after year for over two decades that they don't give a horsefeathers about baseball.

Add teams to Orlando, Jacksonville, and Pensacola, the relegate all of Florida to AA.
1 x

The Logan wrote:Yes, let's add a third team to a state that has continually shown year after year for over two decades that they don't give a horsefeathers about baseball.

No way Florida gets a 3rd MLB team.

When MLB decides to expand again I'm fine with moving the Rays to Montreal. They deserve better, but keep the Marlins in the baseball purgatory that is Miami because horsefeathers 'em.
0 x
"It was met with, basically, he didn't want to talk about that. He didn't want me to tell him that. I just basically said, 'Well that's why we want an electronic strike zone.'" -- Ben Zobrist
Top

I presume that any Orlando team would be taking either the Rays (likely) or Marlins (less likely). But no chance it'd be a 3rd Florida team, imo.
0 x
Top lol it must be so fun to be rich

Brian wrote:lol it must be so fun to be rich

GRAPHIC DESIGN IS MY PASSION: the team
1 x
► Show Spoiler